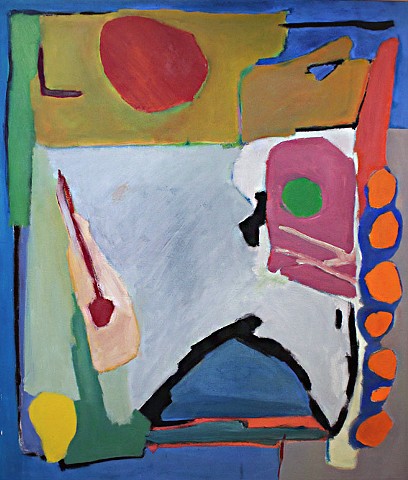 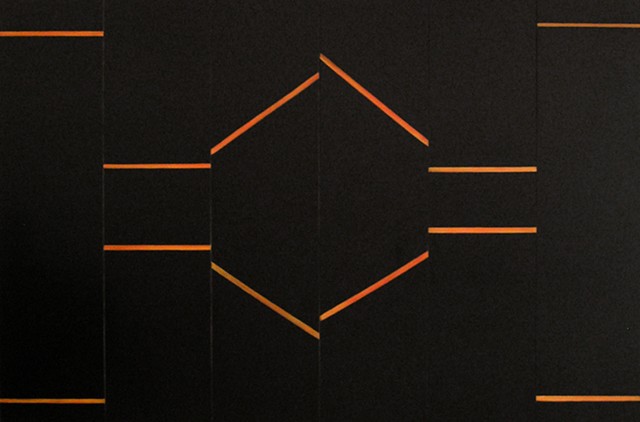 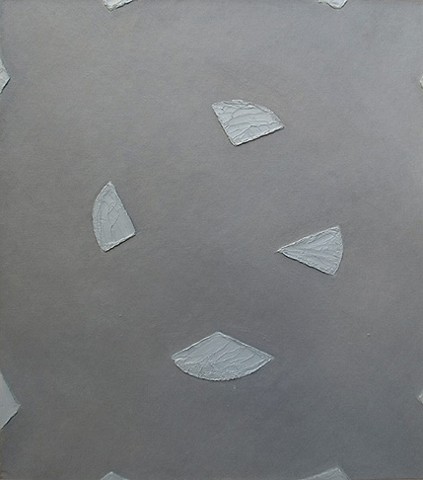 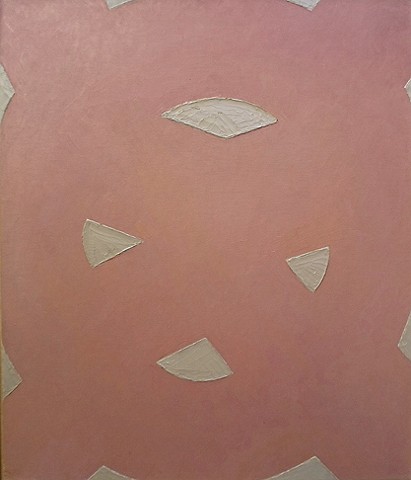 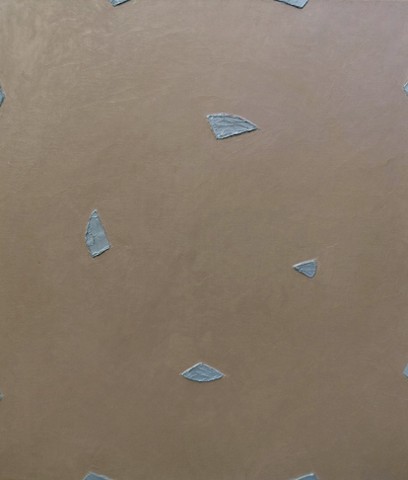 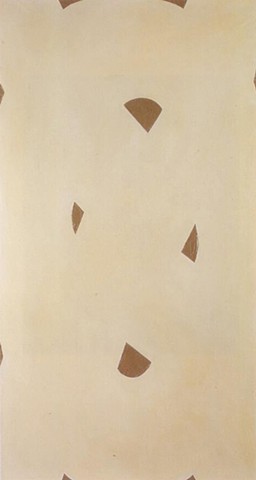 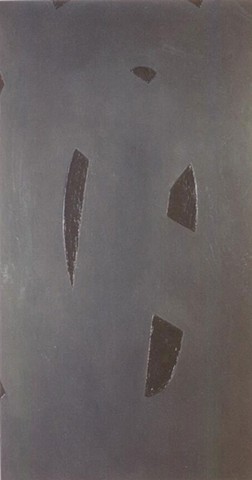 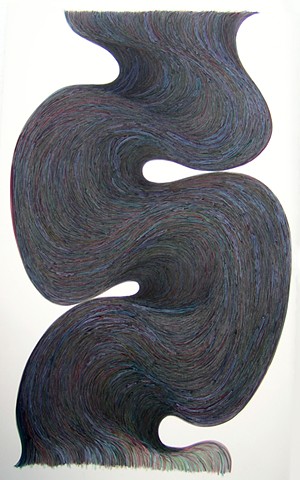 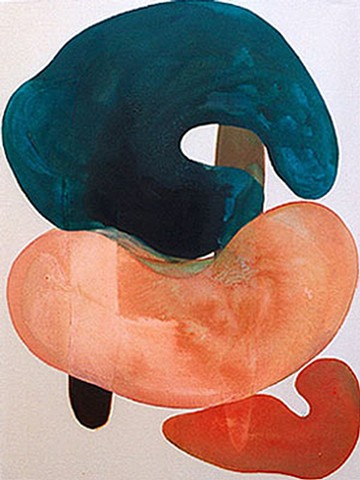 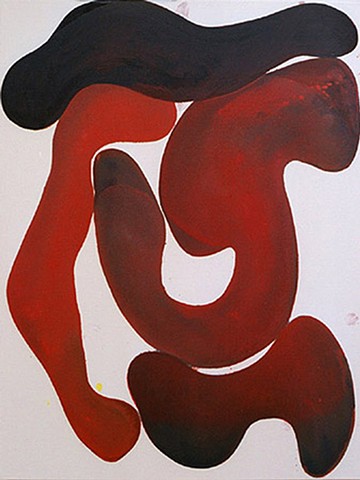 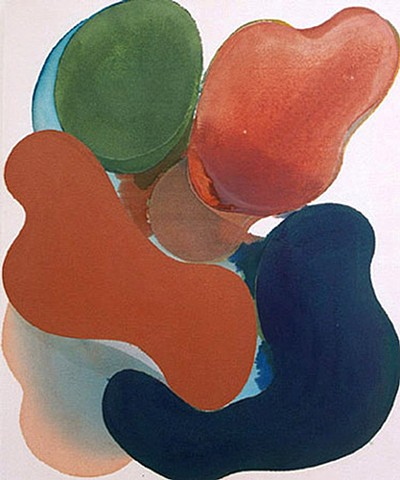 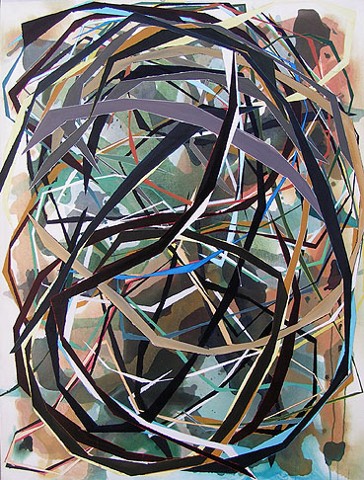 Since man attempts to find a (scientific, mathematic, philosophic) answer to the great mystery of cosmic origin, he is only deepening it, as he persists in widening his knowledge, while proceeding only in a rational way. The mystics, on the contrary, who consider mystery as an integral part of an informal whole...dedicate themselves to enclosing it in occult imagery. The common denominator of these determinisms is their wish to explain things.

The “Indefinite” aspect—the infinite and the indefinable—of Gary Paller's canvases, certainly refers to these questionings, but his works fit into a conception which is completely unfamiliar with the very idea of a finality. On the other hand, no link can be established between the content of his works and a belief in a higher force—since believing is neither knowing nor experiencing. And yet, Gary Paller conveys a universal interrogation, therefore a (tangible or omnipresent) diffuse anxiety—while refusing the ease of the account and/or the illustration of a concept. In a certain sense (but this is also only an aspect) painting becomes the principal element of the painting. It is the very basis of the only language capable of raising the existential problem (or the existence problems...) at a level which exceeds the anxieties, to structure itself around the pure sensibility. If, in the logical process, matter somehow becomes the language, color indissociably assumes the same importance.

And here we enter the universe of universes of Gary Paller. The shades attract and/or reject one another, they may draw closer or separate themselves even further, they are at the same time side by side or light years apart. One point must be made: here it is that the light which penetrates, infiltrates the canvases, gives rhythm to the hours. In a first, visual confrontation, the forms may boil down to an oval, the fragments of which are dispersed to the point of leaving the frame, the format, the visual field... “Planets” which have their own sidereal life in the surface of the canvases, although they are linked to centre/heart—the painting always being the absolute entity, in short, the core.

In each work we will find these incessant and subtle variations, these transformations which, on paper create a rotary motion when the successions speed up. If Gary Paller—at the four corners and cardinal points of his creations (invisibly crossed by horizontal and vertical trajectories in their construction) proposes a different comprehension of the world to us, he does not make use of explosions but rather of fundamentally human associations. Man is included in these dimensions, even if he fails to grasp them... The artist evokes and/or underlines the incessant, immeasurable and piercing meeting between the divergences and the joinings—that which separates and that which fuses. Thus, the depth of the painting-mater,—between tensions and serenity—, sometimes transforms itself into “hollows”. We no longer perceive the “relief” as being directed towards the exterior, but as a penetration into the unknown.

The atmosphere (the one which firstly emanates from the works, or the one which unites with the air layer around the earth globe) thus reverberates in the field of resonance and vibrations. This accounts for the fascination exerted by these paintings via—amongst other things - a certain deferment between the projection into space and that which comes back (echo). Pendulum between evidence and doubt, clarity and obscurity... To pierce the secret of things—while veiling the interferences of his life in his work—Gary Paller reaches the interior of this secret (painting-painting/form into form/colors-shades etc.)

His titles, therefore are riddles, their necessity being another one - we return to these extremes which complement one another. The trajectories become all the more complex since the aestheticism is no longer a longing, but the longing—as such—corresponds to an urge for beauty in the very rigorous expression of the perspectives for continuation. Nothing is finished and/or determined. A strong breath—very calm in appearance—sweeps across the canvases. The surfaces are full, the climates differ. That which emanates from the supports exceeds them—all informs us about all. Gary Paller conveys the star and the soul—or, more precisely, the star which resides in his soul.